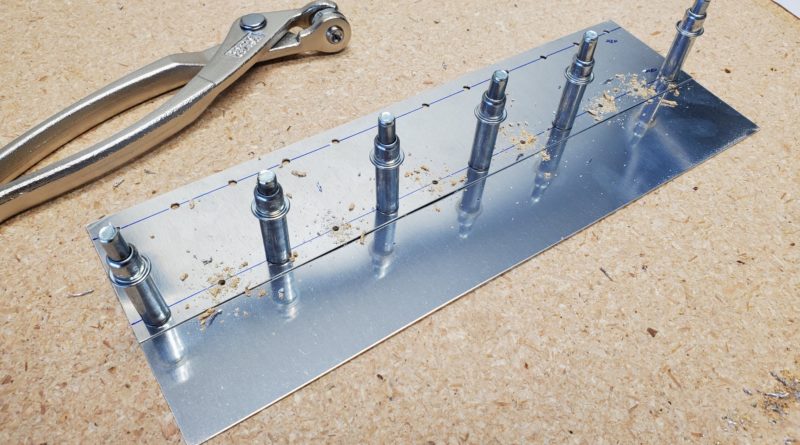 I had ordered both the toolbox and wing section kit. Those come with an additional practice kit. Sort of a “warm up” practice before starting the kits.

Good video about setting-up countersink cage, especially for countersinking a hole that will receive a dimpled hole. Helpful for the very first project that accompanies Van’s wing section practice kit.

This was a good first practice kit as it touches on several of the common riveting tasks like dimpling, countersinking, setting 426 and 470 rivets.

There were a few issues that had me initially worried. One was the scratch marks the clecos were creating around some holes. These were more than just scuffs, they’re actual feel-with-fingernail scratches. I could get one simply by setting the cleco (not rotating it in the least).

Another issue I had was with wondering drill bits. A good quality split-point bit will help with this.

This site uses Akismet to reduce spam. Learn how your comment data is processed.